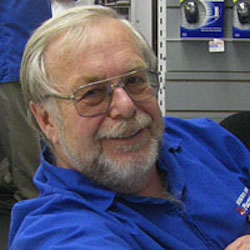 Larry was born in St. Joseph’s Hospital in Estevan.  Larry lived in Tribune, Saskatchewan until 1961 when the Preddy family moved to Estevan.  Larry graduated from Estevan Collegiate Institute in 1965 and entered the College of Pharmacy at the University of Saskatchewan, graduating with his Bachelor of Science in Pharmacy in 1969.  After graduation Larry began his pharmacy career at the Estevan Co-op Pharmacy, leaving there to manage the White Cross Drug Store in Estevan.  Larry went on to work for Federated Co-operatives in Saskatoon and eventually returned to White Cross Drugs in Estevan.  After a brief stint working for Bi-Rite Drugs in Estevan Larry and Allen purchased Henders Drugs on January 1, 1985 and he has worked there ever since.

Larry is a PACT trained pharmacist (trained to aid with smoking cessation) and is trained in the area of Prescriptive Authority for Pharmacists, including Emergency Contraception. 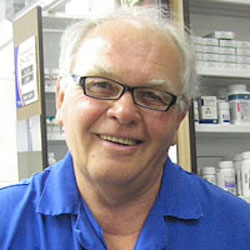 Allen was  born in Carlyle. He graduated from the College of Pharmacy at the University of Saskatchewan in 1970.  He has worked at Henders Drugs since he was an apprentice in 1965.

Allen is a PACT certified pharmacist and qualified for Prescriptive Authority, including emergency contraception.

Allen enjoys golfing, belongs to the Estevan Elks club and is an avid Saskatchewan Roughrider fan. 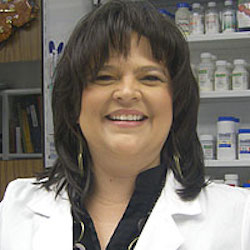 Dawn Marie graduated from the College of Pharmacy at the University of Saskatchewan in 1989.  Originally from Fairholme, Sk., she worked at a variety of locations during her apprenticeships including: Anderson Pharmacy in North Battelford, Maidstone Pharmacy in Maidstone, Leonard Fysh Drugs in Moose Jaw and Shoppers Drug Mart in Saskatoon.  Upon graduation, she was recruited by the Federated Co-op Management Training Program.  After spending six months training in Rosetown, Sk., she served a short-term staff pharmacist position at the Lloydminster Co-op before taking over as Pharmacy Manager at the Estevan Co-op (now known as the Southern Plains Co-op) in January of 1990.  She stepped down to the staff pharmacist position in 1995 due to a desire to reduce her work hours to allow for marriage and a family.  In February of 2003, the pharmacy department at the Co-op was closed due to the pharmacist shortage issues of that time, and Dawn Marie came to work at Henders Drugs.

During her time at the Estevan Co-op, Dawn Marie recruited and trained several new pharmacy graduates, initiated an “Ask Your Pharmacist” column in the local newspaper, and was twice published in the Pharmacy Post magazine.  She has spent volunteer time in the Quota Club of Estevan, the Estevan Golden Eels Swim Club, St. John the Baptist Parish, is a member of the Catholic School Community Council for her childrens’ school and holds a seat on the Urban Aboriginal Grant Committee.  She has spoken as an educator for various groups on many issues including “Mr. Finley’s Pharmacy” which educates grade-school children about what a pharmacist does, safe medication use at the senior housing complexes, contraception options for a high school sex education class, “Brand vs Generic” to a high school economics class, what it takes to become a pharmacist at Career Days, smoking cessation  for the Relay for Life fundraisers, and “Arthritis Medications” for the Arthritis Society of Saskatchewan.

Dawn Marie has a special interest in Pediatric Medicine.  Because two of her children have asthma, she has paid particular attention to keeping up to date on the latest asthma treatment protocols.  She has also been trained as a PACT pharmacist for smoking cessation and as a Pharmacist Prescriber.

Dawn Marie is married and has four children.  Her very busy family have been able to take advantage of the many sports, cultural and arts activities available within this diverse community.  Her hobbies include camping with her family, reading, singing, sewing and photographing her family. 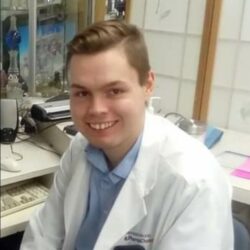 Travis enjoys practicing pharmacy which stems from a lifelong passion for science and the pursuit of knowledge. He is also proud to be a part of the community of Estevan. To have a job that not only provides new challenges each day, but also allows him the opportunity to work with and interact with such amazing people makes him feel very fortunate. 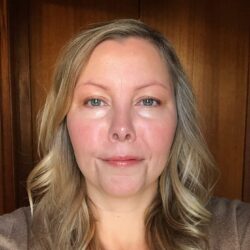 Marcy joined the Henders staff in 2017 as a pharmacy assistant. She now has over 15 years experience in compliance packaging, filling prescriptions, cycle counting & customer service in a pharmacy setting. Marcy and her husband moved to the Estevan area in 2006. They both enjoy camping, boating and working around the yard in their spare time. 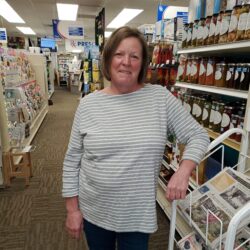 Joanne has been with Henders forever (over 25 years). She works the front store and takes care of deliveries and numerous other jobs. Customer service is her specialty. People come in just to say hello and visit with her. In her downtime you will find her at the golf course , in her beautiful yard, crocheting, or doing puzzles. 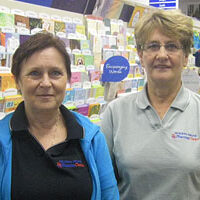 Jean and Peggy were both hired by Henders Drugs in 1985. They are responsible for the daily operation of the front store, sharing management duties including staffing, ordering all front store products, giftware and customer relations. They have worked as a team for the better part of 26 years. They bring a wealth of experience in operating the front store. Peggy does the decorating, painting and general handyman work around the store making her a great asset. Jean works in the pharmacy doing patient compliance packs and does general administration such as received on accounts, accounts paid, payroll and daily upkeep.

Peggy enjoys running in marathons, gardening and painting for hobbies.

Jean does volunteer work with several organizations, gardens and spends time with her grandchildren. 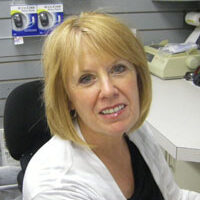 Marty Miller is the Nurse Manager of the Health and Wellness Clinic at Henders Drugs. She brings a varied background both in education and job experience to the position.

Marty graduated as an LPN from the Saskatchewan Institute of Arts and Science, Kelsey Campus, nursing program in 1972 and worked at St. Joseph’s Hospital in a variety of departments from the Alcohol and Drug Addiction Treatment Centre to an Obstetrics/Surgery Rotation from 1972-1995.

Marty received her Social Work Designation from the University of Waterloo, 1994.

Marty manages the Health and Wellness Clinic at Henders Drugs.